Everything You Need to Know About Train Advertising 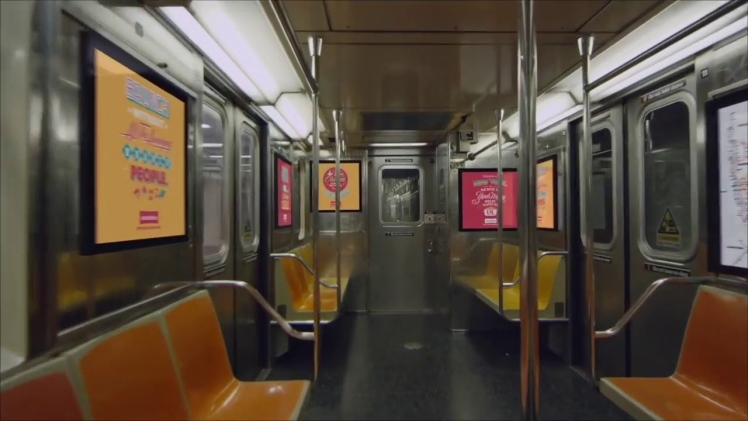 Is your business struggling to gain traction with the commuter crowd? Do you spend your time searching and searching for ways to connect with an audience that seems to actively disregard your brand? This can be caused by several factors, but one of the leading reasons an advertisement isn’t meeting its intended audience is that the context in which the ad is presented is either incongruous with the product it is advertising or the people the product is advertised to. A simple explanation of this concept goes something like this. If you’re advertising a horror movie with a hard R rating, it’s probably a poor idea to put its trailer before the newest kid’s animated film. The audience for the animated movie just isn’t the same as the audience for a new horror film. This does not speak to the quality of either the film or the advertisement. Just that in the wrong context people simply do not respond to the work presented to them. If this is starting to sound a little too much like the results of your last advertorial strategy, then do not worry. We have already begun to identify the roots of your problem. You see, it is possible that you are not placing your advertisements in the right places to capture the audience you’re looking for. If you’re trying to get the attention of a commuter, then where is the one place they’re most likely to be? That’s right, a train station! The singular area where one would probably commute in the city. But how do you reach a commuter in their natural habitat you ask? Well, friend, you’re about to find out as we unpack the dynamic and fascinating world of train advertising!

Before we begin our deep dive into this tremendous universe we must gain a firm understanding of the different types of advertising opportunities a train station can offer you. You see, a station can play host to several kinds of advertisements; each with its own unique benefits. This includes but is not limited to 2-sheets, which are the normal poster-like advertisements you see on the walls of the station. Then there are dioramas that are digitally based and can be found on the actual train platform. Next up we have car cards that go inside the train cars. These are the smaller advertisements you see above the luggage rack and the handrail. After that, we have urban panels which are essentially smaller billboards found outside of the station. And Finally, we have newer LED video walls. These are primarily located in larger train stations and can be featured either inside the station itself, or the train. They are usually reserved for advertorial campaigns with a higher budget to work with. There are dozens of further permutations to each of the types of advertisements listed, but essentially these are the kinds of ad opportunities that are the most readily available to small businesses.

The Why of Train Advertising

Now that we have a firm grasp on the many kinds of advertisements that can be featured in a train station, let’s turn our attention to some of the benefits these strategies can have for your business. Out of the gate, advertising with a train station helps promote your business due to the sheer volume of foot traffic a normal station receives day to day. Every day thousands of people use the train to get across the city. Whether they’re riding that train to go to work, go on a date, or just go to the movies. The common denominator is that when those people are sitting in that car, they have your ads to keep them company. You quite literally have a captive audience, and in an era like ours. Where attention is everything, having a window of time in which someone has no choice but to engage with your ad is a rare thing.

When you’re fighting for the eyes of commuters all across your city. It’s important to know how to budget your resources effectively. Spending enough time to do the research on which stations to target for your ad campaign can make or break your strategy. But once you have done that due diligence and found the perfect spot for your potential customers. You will be absolutely floored by the speed at which your brand awareness will increase. If you’re trying to target a specific audience, then it only makes sense that you’d target the specific place where that audience is likely to gather. Having a succinct yet powerful ad campaign installed and waiting for them is the perfect way to engage that audience, and through that engagement create the opportunity for a series of new potential customers.

Exploring the Rise of Gene Editing and its Implications

How To Get A Low-Cost Computer? GEEKOM